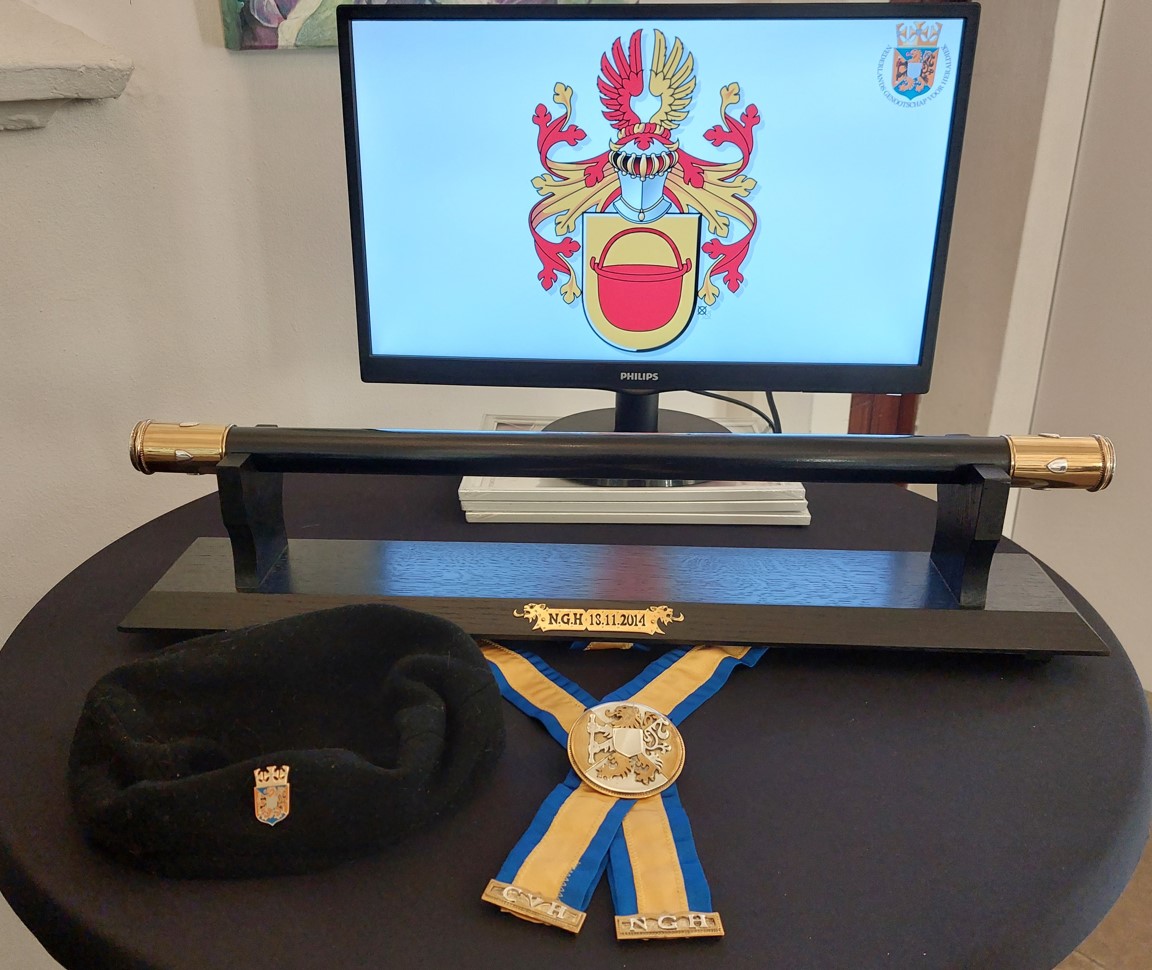 Our colleague Klaas Padberg Evenboer, aih, Chief Herald of the Nederlands Genootschap voor Heraldiek / Dutch Heraldry Society (NGH), shared with us his impressions on the annual Heraldic Day, organized the 16th October 2022 in the beautifully-landscaped medieval Catharina chapel in Harderwijk:

The day was well attended and the visitors were able to attend three lectures and a heraldry market. The day started with a speech by the newly-elected chairman of the NGH, drs. Hans Duitgenius, in which he also reflected the great achievements of the late John Halie dit de Hallois, the former chairman.

Dr. ir. Ralf Hartemink of the University of Wageningen, and moderator of the website “Heraldry of the World” discussed the civic arms in Gerrit Hesman’s armorial of 1708 and the sources he had used to compile this armorial. Prof. dr. Luc Duerloo, AIH, of the University of Antwerp discussed the representations of saints in the municipal heraldry of the Low Countries (“When the Saints went marching in”). Fred van der Zwan gave a presentation about the search for grants of arms in the Austrian State Archives in relationship with his German ancestry.

The International Academy of Heraldry

The International Academy of Heraldry (AIH) was founded in Paris in 1949 by specialists in heraldry with the purpose of sharing and developing this science. The academy is made up of 99 co-opted academicians who represent different parts of the world. There are also associate members. Its head office is located in Geneva, but the academy has a library at the National Archives in Paris. It usually organizes a colloquium every two years.